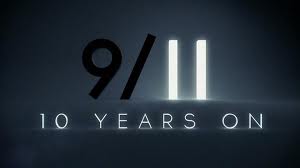 The opening paragraph of Robert Fisk's article, 'The Lies we still tell ourselves about 9/11', published in Saturday's Independent:

"By their books, ye shall know them. I'm talking about the volumes, the libraries, nay- the very halls of literature- which the international crimes against humanity of 11 September 2001 have spawned. Many are spavined with pseudo-patriotism and self-regard, others rotten with the hopeless mythology of CIA/Mossad culprits, a few (from the Muslim world, alas) even referring to the killers as "boys", almost all avoiding the one thing which any cop looks for after a street crime: the motive."

He goes on to highlight in a tone of condemnation "hundreds of thousand of innocent deaths..lies and hypocrisy and sadistic torture by the Americans - our MI5 chaps just heard, understood, maybe looked, of course, no touchy, touchy nonsense- and the Taliban."

"Are we still not able to say those three sentences: the 19 murderers claimed they were Muslims. They came from the Middle East. Is there a problem out there?"

Throughout the article, Fisk's frustration and the cause of it is clear; despite 'the halls of literature', the 'deluge of post 9/11 trauma' TV and films, few have mentioned the word, Israel. Fisk comments on some of the deluge, and we get the firm impression that the answer to his own question lies in his quote from Anthony Summers and Robbyn Swan's book, The Eleventh Day : "All the evidence.. indicates that Palestine was the factor that united the conspirators - on every level" and "Palestine was certainly the principal political grievance driving the young Arabs.."

Parallel to this, he rightly emphasises that in this 9/11 fest, the media rarely mentions Iraq and when it does, does not explain "the degree to which 11 September 2001 provided the excuse for this 2003 war crime. (How many died on 9/11? almost 3,000. How many died in the Iraq war? Who cares?")

Fisk was in journalism when I was in nappies. He lived in Beirut for 30 years and has reported from all over the Middle East. Me? Oh, I've stopped over in Doha airport on the way to Vietnam. It doesn't really give me grounds to start criticising his views. A lot of the time, I wouldn't need to; I wholeheartedly agree with Fisk's assertions on the illegality of the Iraq war, the horror of the invasion of Afghanistan, the hypocrisy of the Americans, intelligence services and the Taliban. I condone his support for Palestine, his criticism of Israel, his scathing description of 'Obama on his knees before Netanyahu.'  Fisk wrote a brilliant an inspiring piece during the News International scandal earlier this year, in which he outlined his reasons for leaving Murdoch's The Times; Murdoch's bias toward Israel. I think of Fisk as a force for good, a humanitarian journalist, one who is motivated by the noble aim of disseminating the truth. 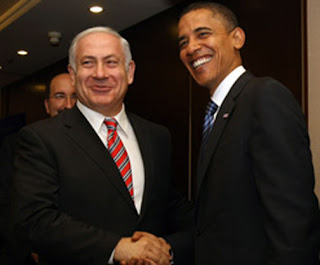 What I don't understand about Fisk on 9/11 is his simultaneously conflicting viewpoints on the 9/11 Truth Movement. I will define the term loosely: those who question the official 9/11 Commission and Warren enquiry and would like to see a new and impartial investigation carried out. Many in this bracket believe that The Bush Administration, the CIA or Mossad were compliant in, if not planned the attacks.

The reason behind such mythology, he understands is 'the secretive, obtuse and sometimes dishonest account presented by the Whitehouse- not to mention the initial hoodwinking of the official 9/11 Commission staff.'

In an article about motive, I am surprised that Fisk does not discuss the motive behind such secretiveness. The official line would no doubt be 'National Security', or embarrassment limitation; the Whitehouse sheepishly trying to cover-up the incompetence of the world's most military equipped Super Power against some Arabs armed with box cutters. I anticipate Fisk would be willing to accept this line. But let's look back to 2007, to a previous  of Fisk's articles on 9/11 for The Independent titled, 'Even I question the truth on 9/11.'

The purpose of the first two paragraphs seem solely to separate himself from 'the ravers' who apparently plague his lectures worldwide, kicking chairs over.  The raver is irrational, sometimes distressed, forever asking Fisk, 'Why don't you reveal the truth behind 9/11?'

He says, "The assumption in each case is that Fisk knows – that Fisk has an absolute concrete, copper-bottomed fact-filled desk containing final proof of what "all the world knows."
I think that could be a crude assessment of the assumption behind the question, perhaps it is a badly articulated question and 'the raver' means, 'why don't you investigate the truth behind 9/11?' and, 'As this has had such a huge effect on the Middle East, don't you want to know what's behind it?'

This fear of being grouped with the 9/11 'ravers' and 'nutjobs' is endemic in the mainstream media. In any admission to the credibiltiy and legitimate questions of the  9/11 Truth Movement, a mainstream journalist always guards himself against the nutjob label, thus Fisk's opening paragraphs laying the ground; identifying the 'real nutjobs'; separating himself; I'm not a nutjob, but-.

"But – here we go. I am increasingly troubled at the inconsistencies in the official narrative of 9/11. It's not just the obvious non sequiturs: where are the aircraft parts (engines, etc) from the attack on the Pentagon? Why have the officials involved in the United 93 flight (which crashed in Pennsylvania) been muzzled? Why did flight 93's debris spread over miles when it was supposed to have crashed in one piece in a field? Again, I'm not talking about the crazed "research" of David Icke's Alice in Wonderland and the World Trade Center Disaster – which should send any sane man back to reading the telephone directory.
I am talking about scientific issues. If it is true, for example, that kerosene burns at 820C under optimum conditions, how come the steel beams of the twin towers – whose melting point is supposed to be about 1,480C – would snap through at the same time? (They collapsed in 8.1 and 10 seconds.) What about the third tower – the so-called World Trade Centre Building 7 (or the Salmon Brothers Building) – which collapsed in 6.6 seconds in its own footprint at 5.20pm on 11 September? Why did it so neatly fall to the ground when no aircraft had hit it? The American National Institute of Standards and Technology was instructed to analyse the cause of the destruction of all three buildings. They have not yet reported on WTC 7. Two prominent American professors of mechanical engineering – very definitely not in the "raver" bracket – are now legally challenging the terms of reference of this final report on the grounds that it could be "fraudulent or deceptive".

If I were at a lecture of Fisk's, I would ask why these questions are not as important to him now as they were four years ago. I would, of course, supress all traces of outrage, passion, or disbelief in my voice, in case I might sound like 'a raver.' I'm finding the whole 'nutjob thing' so tiresome and old to be honest.

Former BBC Middle East Correspondent Alan Hart revealed in an interview with Alex Jones, his knowledge about 9/11 and his true thoughts on Mossad involvement. He said he didn't include them in his book because he didn't want to come under attack and be labelled as a conspiracy theorist which would distract from the rest of his book's content. But since his book has been published by the time of the interview and he no longer works for the BBC, it is a lot easier for him to share his unique knowledge.

Alan Hart: "The time has come to end my silence. The mainstream media has betrayed democracy."

In Fisk's July article for the Independent 'Why I had to leave The Times,' he talked of self-censorship; how journalists under Murdoch just knew what was printable and what was out of bounds. Yet, he appears to have exercised a form of self-censorship in The Independent also: 'our MI5 chaps just heard, understood, maybe looked, of course, no touchy, touchy nonsense,'  he scoffs. It is humorous in its simultaneous obedience and rejection of MI5's official line but it also says, 'I'm going to say something without really saying it, because I know where my boundaries lie.'

I wonder if Fisk is aware that families of 9/11 victims are leading the BuildingWhat? campaign, which aims to raise awareness of Building 7 and demand that New York City Council and Manhattan District Attorney  open an investigation into Building 7′s destruction.

Building 7 is weakly linked to the hijackers, cough, whose flight school teachers said were terrible pilots, cough. See, now I'm doing it! As Fisk himself says in his 2007 article: 'World Trade Centre Building 7 collapsed in 6.6 seconds in its own footprint at 5.20pm on 11 September? Why did it so neatly fall to the ground when no aircraft had hit it?'  Does Fisk think the answer to that question lies in the Palestinian -Israeli conflict? To suggest explosives were present in the building is a less 'hopeless' notion. So how did they get there? Who put them there? Supporters of Palestine??
The more you take Building 7 into account, the more the likelihood of the 9/11 Commission and its version of events unravels. 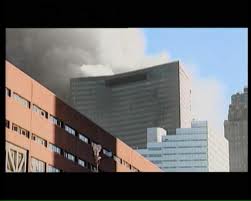 In Saturday's article Fisk rubbishes the myth that '9/11 changed the world forever'- it was the Bush/Blair repetition of this dangerous notion that allowed their thugs to indulge in murderous invasions and torture.. '

Can you spot the clue in there? Wasn't 9/11 and the media's  repitition of the above notion just a little too convenient for US foreign and domestic policies, some of which had been outlined long before?


Fisk focuses on the alleged hijacker's motives but little on our governments' motives. Does he, as a journalist reporting on war, really think that Bush and Blair endorsed the Afghanistan and Iraq invasions with the aim of defeating an enemy and protecting our nations? Why did our Prime Minister ignore the million who turned up in London to protest against it? Did they think they needed 'protecting?' Does Fisk believe that bullshit that at the time Blair really did think Iraq had WMDs?  Does Fisk not think these wars were at all about oil, opium control, the industrial military complex, the Patriot Act, etc etc? 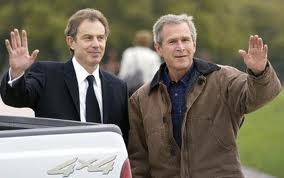 Yes, the Arab world may well be angry about Palestine, some may well want to attack countries that support Israel. On my pathetic excuse for a trip to the Middle East: Doha Airport, I was sat next to a Pakistani man. He wanted to talk about Islam. I wanted to talk about 9/11. He said a true Muslim would never take his own life, never mind another's; suicide is the worst sin. He also shrugged and asked, "Why do you think the Arab world would want to attack America?"
"Palestine?" I said. He nodded.

Fisk has a completely valid point and in all this deluge of '9/11 Ten Years On' media, the West should indeed be thinking about Israel and our relationship with it. But is he missing another point? If I had the chance, I'd offer to sift through some of the deluge for him and ask him to reconsider his views in light of Alan Hart's interview and David Ray Griffin's book, 'The New Pearl Harbour,' which details FBI HQ ignoring prior warnings from lower levels about an upcoming attack and blocking investigations, the PNAC New Pearl Harbour document, and many other startling pieces of information. Maybe look at those things before dismissing the truth movement as 'rotten.'
It hardly seems like a fair adjective for those who are also passionately opposed to war and war criminals, and whose questioning of the Official report does not indicate disrespect for the 9/11 victims and their families, but quite the opposite.

Operation Northwoods
Operation Northwoods: Unclassified documents which outline false-flag operations that originated within the United States in 1962. The proposals called for the CIA or other operatives, to commit acts of terrorism in U.S. cities and elsewhere. These acts of terrorism were to be blamed on Cuba in order to create public support for a war against that nation.